I’ve worked like a Trojan over the holidays, in the garden; digging, planting, stripping and painting. It’s been expensive, money I don’t really have but a lot of the jobs are beyond necessary (such as power washing down the decking and giving it an oil), or it’ll cost more in the long run. 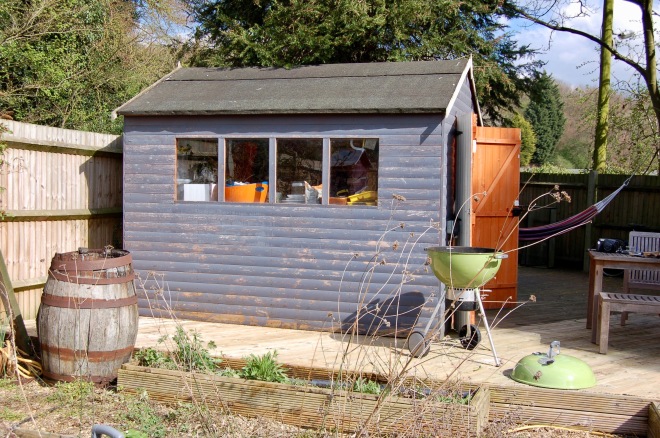 The shed has been on my hit list for ages, as I’ve never really liked the colour (it wasn’t originally painted by me) and the wasps have stripped a lot of the stain off. 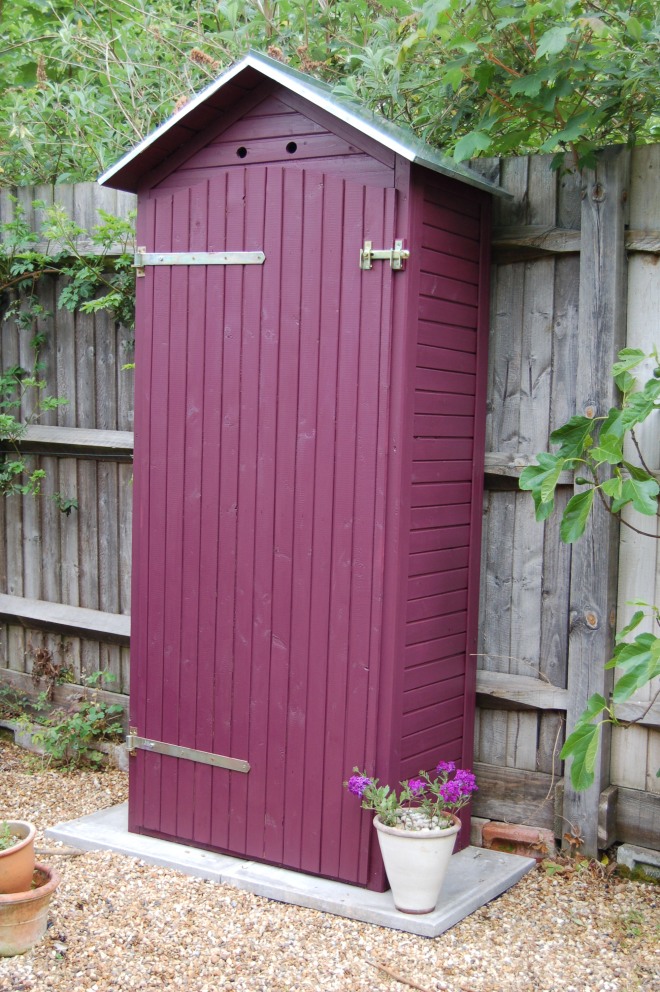 An age ago, I stained my little tool shed in Cuprinol Garden Shades and so in order to use the left over stain (which was still in perfect condition, despite some years left on the shelf) I went for the same. 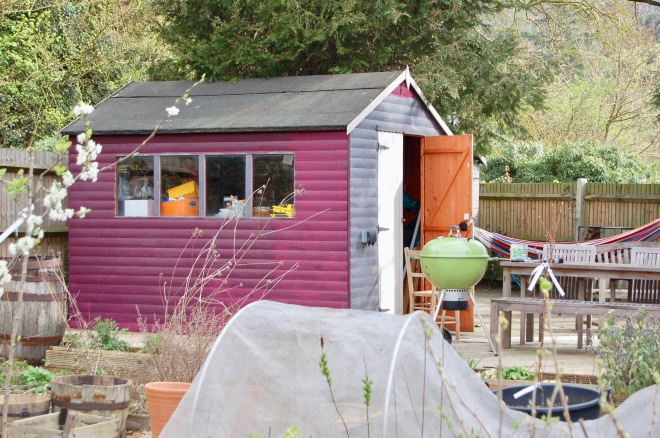 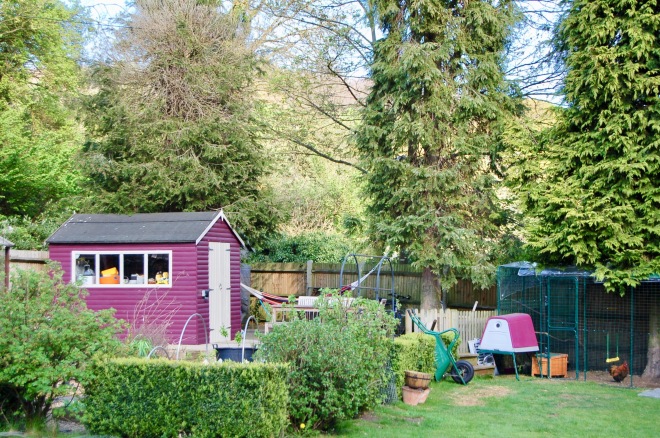 The stain goes a long way and the half-finished tin did the side and front easily with two coats (I confess, that the other two sides still need doing!!), it’s also qutie cheap, unlike the decking oil I’m using. My top tip is to paint one coat then go over it again a short while later. Doing a second coat some hours/days afterwards doesn’t really work as the first dries semi-waterproof and so stops the second coat going on properly. I trimmed the windows with some cheap architraving to give them more definition and stained that also in the ‘Stone’. I even stained the inside of the doors so they aren’t Tango orange when open! Go me! What I’d really like to do is clad the roof in cedar shingles, but that really is expensive, so won’t happen any time soon.

I’d planned to take some proper blog worthy photos after removing all the crap from inside the windows so it looks pretty…but my garden is not a picture postcard and one of the reasons I stall on blogging is that often I feel it needs to be ‘prettier’, so I’m trying to ignore that and just post anyway. In an unintentional turn, it appears I’ve painted my shed the same colours as one of my Go Up Eglu chicken houses. 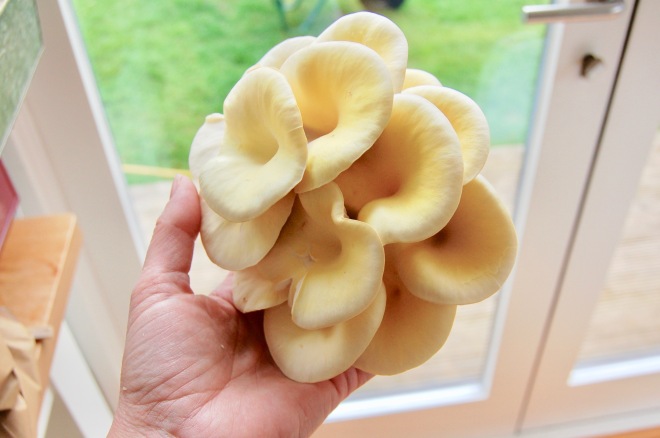 I’ve started prepping and staining the decking, which is an enormous task and I still have to finish staining and oiling the green house as well as all the upper windows of the house. It all feels a bit endless, but I’ll get there. Planting is all on the go too, with cucumbers, melons, tomatoes, sweetcorn and many more now in the greenhouse.

Indoors, as promised, I did get a second crop of mushrooms, which I was really pleased with. 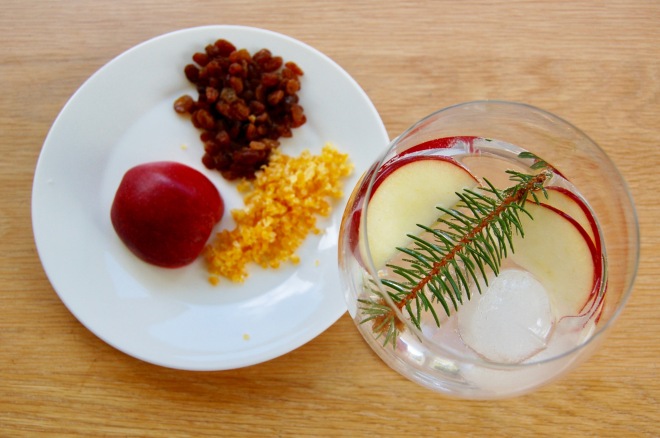 And I’ve just put the tools down (as it’s due to rain tomorrow, all day, shame) and moved indoors to make hot cross buns using this recipe. I’m doing half, which is perfect as it leaves me with some apple for my new Craft Club gin 🙂 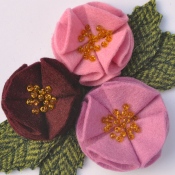